Home › Black Struggle › The British Empire, Windrush, and a History of Exploitation

The British Empire, Windrush, and a History of Exploitation

The Windrush scandal has left a bad taste in the mouths of many persons in the UK, but especially in Jamaica and the Jamaican diaspora, and the other commonwealth nations whose citizens, and citizens by descent, have been affected by the immigration policies of the UK and its Home Office. As a matter of fact, Windrush leaving a ‘bad taste’ in our mouths is an understatement; we are figuratively regurgitating remnants of bitter food that has been hard to swallow, but was nonetheless forced upon us. We swallowed it, but it never digested and stayed in our stomachs, until the poor treatment of the Windrush Generation was also forced down our throats, causing everything to blow up. It’s messy, to put it mildly, but we feel a mild relief in our bodies, having gotten some things off our chests and out in the open.

Now, we address the discomfort and discuss remedies.

Rebuilding the UK after WWII

The Windrush scandal came as a surprise to many Britons, who reacted with shock at the Home Office’s systematic abuse of elderly persons who had come to the UK at the behest of the British government, beginning in 1948 and until 1971. The children of the Windrush Generation, born in the UK, have also faced deportation orders and other threats, but it was the summary targeting of the elderly that tugged at the heartstrings of the British news media, and the British public, that compelled the British government, under Theresa May, to address the matter. And thank god they spoke up, as they gave credence to the plight of an exploited group —voice to those whose voices have been ignored or dismissed for too long.

But why was the Windrush Generation invited to the UK in the first place? Labour shortages, of course. Labour shortages seem to be the perennial problem of the British. It was for this same reason that they travelled clear across the Atlantic to kidnap my ancestors from Africa and take them to the Western Hemisphere to do their work. What is it with these people and their seeming inability to do their own work anyway? Don’t get me started on their obsession with boats! One thing we can say about the labour provided for the British during slavery, and that which the Windrush Generation provided, is that the former was a bit less denigrating. Or was it?

For certain, there are parallels. Enslaved Africans provided labour for roughly 400 years, a period during which British colonies were raped of their resources, which built the British empire to the glory for which it was known. After which, colonies were granted ‘freedom’ and left to pick up the scraps that were left —without reparation; at least not to the formerly enslaved people who ought to have gotten it. The Windrush Generation, too, provided labour after the devastating impact of WWII on the UK. They laboured for over 40 years, albeit with pay, but not without facing marginalisation and discrimination. They raised families, paid taxes, and made the UK their home. They helped to rebuild the UK post-WWII, restoring it to its former glory, after which, for those who have not yet died, were systematically targeted by the British Home Office —denied health care, social services, fired from their jobs, and threatened with deportation. Some have been deported and others have, after leaving the UK, been barred from re-entering. 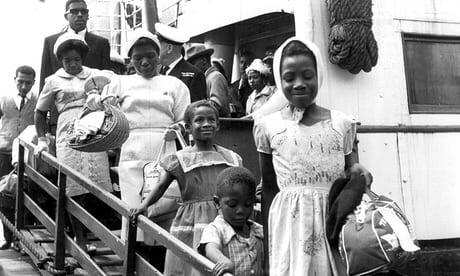 Who does that? Who kicks elderly, weak people in poor health, out of their country —citizens born under the empire, citizens of the commonwealth, citizens who have paid their dues to the UK? Who violates the rights of its own citizens while purporting to defend the rights of Syrians (by bombing them, no less)? A people with a history of exploiting others. A people with no remorse —who tell descendants of enslaved Africans, to ‘get over slavery’. A people who paid reparations, not to the formerly enslaved or their descendants, but to former slave-holders, many of whom have maintained the wealth acquired on the backs of enslaved peoples, and with the reparation monies they received from the British government. A people who, to add insult to injury, had the descendants of enslaved Africans pay back a loan that was used to compensate those who had enslaved their ancestors; the Windrush Generation helped to pay reparations to British who enslaved their ancestors. That is a double whammy, if ever there was one. 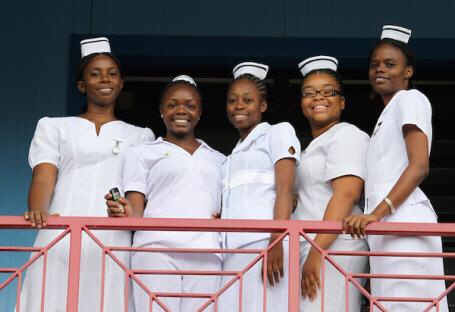 But when does the exploitation end? And when do those who ought to have received reparations get what is rightfully theirs? I know when the exploitation doesn’t end; not today. The British are still facing labour shortages (surprise!), and need Jamaican nurses to fill some of those shortages. The NHS proposes to take Jamaican nurses for a period of 3 years to Earn, Learn, and then Return home. If only we could have gotten rid of them after 3 years! But on reparations, Windrush adds fuel to keep the fight going. Jewish Holocaust survivors received reparations for the horrors they endured under the Nazi regime. Calls are still being made for Germany to pay additional reparations to Israel —to the descendants of Jewish Holocaust victims and survivors. The UK, like Germany, should make reparations to the descendants of enslaved Africans now, having neglected to do so before.

If the British government has a collective conscience, and even if it doesn’t, it ought to make right its wrongs by paying reparations to its former colonies for the scourge of the slavery of African people. I would hope that it tugs at the heartstrings of the British media and public —something to the tune of the Windrush scandal. Hey, a girl can hope.

Share if you liked or found this article interesting!

This site uses Akismet to reduce spam. Learn how your comment data is processed.