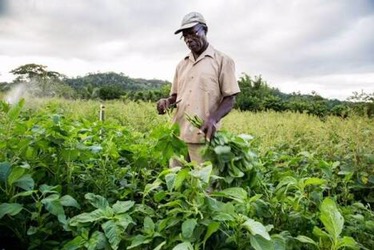 I’ve been preoccupied of late with production in Jamaica; that is, mainly, producing the food we eat in order to cut down on imports. We have an abundance of land, much of it underutilised, which could be used to cultivate a variety of crops. I did some reading into the issues that are preventing us from producing more of what we eat and found a number of factors contributing to this problem, but first, I thought I’d put Jamaica’s poor production numbers in the context of its economic situation.

Jamaica is an upper-middle income developing country with a GDP of $13.89 billion and a GDP per capita of approximately $5,289 (World Bank, 2014), which does not reflect the problem of income equality, and individuals not meeting their basic needs. The Statistical Institute of Jamaica (Statin) reported a GDP growth rate of 0.7% for the fourth quarter of 2015 and attributed this increase to goods production and service industries combined, where goods production produced the better numbers.

This level of growth is minute to say the least, but a picture of our imports is a whole different story. Our import bill currently stands at $5.8 trillion while the income we earn from exports come to just $1.4 trillion (WITS, 2016). We import 400% more than we export. But let’s get back to the factors contributing to why it is that we don’t produce more. I’ve identified 1) access to land, 2) bureaucracy, 3) security, and 4) innovation as pertinent issues and will discuss them further.

The last agricultural census, which was conducted in 2007, revealed that there are approximately 326,000 hectares of land available for farming purposes. Of that amount, approximately 203,000 hectares, or about 62% are being actively cultivated, leaving roughly 114,000 hectares, or 35% inactive. Also, the total number of hectares currently available is roughly 20% less than the viable farm lands that were available just a decade prior in 1996.

This raises two issues that beg the questions: what has been contributing to the decline in our farm lands? And what are the reasons for having over 100,000 hectares of viable farm lands going unused when we fall woefully short of producing what we consume and providing jobs for our citizens? I intend to do further research to find out more on the issue of land viability and access.

The government of Jamaica, through agencies such as the Ministry of Agriculture and Fisheries, and the Rural Agricultural Development Authority (RADA) periodically release information about agricultural development, inviting farmers to join new projects, and offering to provide them with technical assistance and loans in a bid to encourage more production. But what becomes of many of these projects? The government maintains that the projects and the assistance they offer are often undersubscribed, while farmers and prospective farmers contend that the ‘red-tape’ is killing them.

So the issue is not a lack of viable agricultural land, but its use, or rather, its underuse, and what are the possible reasons for this. Bureaucracy seems to be one of the major challenges hampering production in Jamaica. Prospective farmers have complained that they have reached out to agencies regarding leasing of government lands for farming, only to be told that there are none available for lease, only for sale.

But the ministry reports that government lands are available for lease to the public for farming. The proposed revitalisation of rice production in Jamaica is one such instance where the ministry states that government lands are available and that it is farmers who are not utilising available opportunities; they simply lack interest. Still, we could do with less barriers to enter farming as it can only benefit us in the long run.

Farmers face the issue of praedial larceny, resulting in the loss of produce and income, and even potentially, the loss of life. The security guards hired to safeguard properties face similar risks to the farmers themselves. No country can reach its full development potential without providing adequate security for its citizens and protecting their property.

Jamaica has a crime problem and it hurts us all, and our potential earnings are suffering immensely as a result, and will continue to suffer until we fix the problem. Our main concern shouldn’t be that we’re getting bad press in the international media. Our main concern should be all the investment opportunities we have forgone, the incomes lost from theft, and as a result of farmers not producing for fear of losing their property and their lives.

Opportunities abound in many spheres, yet equipment are laying idly. When I first moved to Japan, within a few months I had the opportunity to participate in a rice-planting festival. It was an interesting and fulfilling experience. As a cultural ambassador, I often have the opportunity to share Jamaican culture with the Japanese people I live amongst, and other foreigners I meet here. Whenever I introduce Jamaican food, one of the first dishes I show them is ‘rice and peas’ and I usually tell them that, like the Japanese people, rice is a necessary staple in our diet. Jamaicans eat a lot of rice, 100,000 tonnes per year to be exact. But the amount we produce is inconsequential as we import almost all of the rice we eat.

I thought to myself, wouldn’t it be great to produce the rice we eat in Jamaica? What’s stopping us, though? We have produced rice in the past, as data has shown. Between 1960 and 1989, Jamaica produced between 1,000 and 6,000 metric tonnes (MT) of rice per year, then the data went blank from the 1990s onwards. The ministry of agriculture, however, shows rice production for the first quarter of 2015 amounting to 13.6 MT and 4 MT for the fourth quarter.

The government announced the revitalisation of rice production in Jamaica in 2008 and identified lands suitable for cultivation in 2009. The first set of data, representing the experimental phase of production, was made available for the second quarter of 2010. From 9 hectares (HA) of land, we produced 46 MT of rice that year. By the third quarter we had cultivated 32 HA and produced 144.8 MT, and from 16 HA, we produced 73.7 MT at the end of the fourth quarter.

Up to last year, however, the numbers have dropped along with the frequency of cultivation, seen in no production in the second and third quarters for the years following 2010. I don’t think we can say that it isn’t viable since we started out fairly well. Rice is known to be a crop that needs constant irrigation, but irrigation doesn’t have to be an issue even during droughts, as there are many varieties of rice that can withstand dry conditions, and there are techniques for efficiently retaining water in the rice crop.

So what went wrong? And more importantly, how do we get back on track? The $60 million donation of equipment from the Chinese government for harvesting and milling has been underutilised and we are nowhere close to the target of cutting down rice imports by 20% – producing 20,000 tonnes of the food we eat. 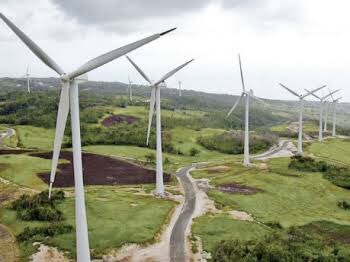 There are other crops that we could start cultivating or cultivate on a larger scale. There are other avenues for land usage outside of food production that we could exploit more, such as solar and wind farming. Harvesting the abundance of solar and coastal energy we have access to could help to cut down our oil import bill significantly. All of these ventures require that government make every effort to cut down the bureaucracy that limits access to viable lands, provide a safe environment for businesses and individuals to produce, and for us the citizens, we need to continue innovating and continuously seek to find new ways of creating value for our country. The slogan: ‘grow what we eat – eat what we grow’ can become a reality, but we WILL have to create that reality.

Producing more would see us increasing GDP at much higher growth rates, improving our food security, providing employment, especially in rural areas that suffer the most from high unemployment rates, improving our infrastructure, boosting the economy and improving the quality of life of citizens. This could actually cut down poverty levels where more and more people can meet and surpass their basic needs. Cutting down our import bill keeps more of our earnings in Jamaica, injecting it again and again into the economy. This green isle of the Indies offers us many opportunities to produce more. So why don’t we?

Share if you liked or found this article interesting!

This site uses Akismet to reduce spam. Learn how your comment data is processed. 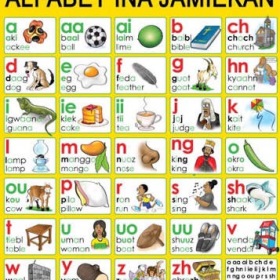 Love Letters to the Tar Pit

We are present in the millions, yet we remain unheard